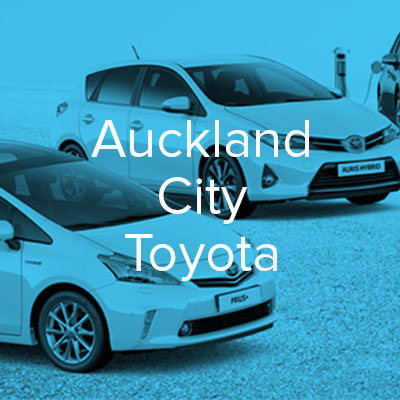 Having previously collected feedback through mailouts, Auckland City Toyota found that they received little feedback, and the feedback they did receive was often out of date by the time it arrived. This lack of feedback left them with a real need for a better option. “Without feedback, you don’t know how to improve your business,” says Craig Thompson, Service Manager at Auckland City Toyota.

With that as a priority, implementation of Customer Radar was simple – the technology was put in place quickly and smoothly, and each client is now given a feedback card when they pick up their vehicle. This gives Auckland City Toyota the ability to respond to problems on the same day. This was highlighted very quickly soon after they renovated when the password for their WiFi wasn’t working and they were able to get it fixed the same day thanks to feedback – an instant improvement.

Managers are also using the feedback to hold staff accountable, ensuring that the service they provide is at a high standard, as well as celebrate those who are doing well. “We can congratulate someone who’s had great feedback – the staff love it,” says Craig.

Since the implementation of the Customer Radar technology, there’s been a dramatic increase in feedback, which has already had a real impact on customer retention. Issues such as grooming not being done to a high enough standard, or items missed from a service are now dealt with quickly, and the customer can be brought back in to ensure that they leave with a positive view of the business.

“The kiwi way is to be a silent complainer – most people walk away and you never hear from them again,” says Craig. “Customer Radar gives you the opportunity to get feedback in a non-threatening way, allowing us to then contact unhappy customers to discuss issues.”

Discussing those issues with clients has already had a real impact on the business. “There have been at least four or five occasions on which we’ve rung and spoken to a customer to help them solve their problem, and have been able to bring them back in,” shares Craig. “The retention of those clients has a huge impact – if you listen to them, they can become loyal customers, and real promoters of your business.”