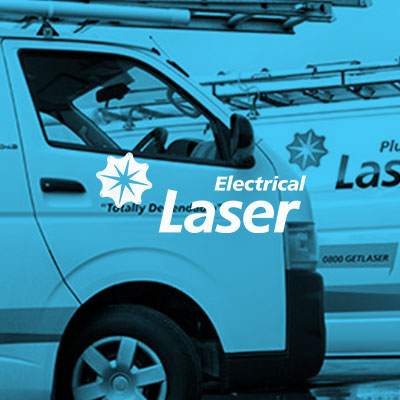 Putting a laser focus on customer-centricity

Totally dependable. That’s what Laser Group are known to be (who hasn’t heard their jingle across the radio many a time?). Yet when it came to putting the customer voice at the heart of the business, they didn’t have a way to dependably do that.

Scott, the General Manager for Laser Group, the leading network of Plumbing & Electrical contractors across NZ and Australia, was keen for Laser to continue to live up to their well-known slogan, and become truly customer-centric, but finding out what customers actually thought was proving tricky.

Laser didn’t have a consistent feedback method that made it easy for customers to let them know what they thought.

A few members had done ad hoc surveys of key customers, but usually only the ongoing regular clients, and only once or twice a year. There wasn’t a huge amount of evidence for what should be improved within the business, and not all of the 99 member companies were asking for input from their customers.

One of the biggest problems, says Scott, was that “we found some customers were using social media to give feedback, which wasn’t ideal.”

Scott realised he needed to get insights from a larger number of customers, both on an ongoing basis and one-off basis. Asking himself, ‘Why can’t you survey them every time you do a job for them?’ he set off on a mission to put the customer’s voice at the heart of the business.

Scott pulled in customer feedback experts Customer Radar to help make that happen. Running a series of seminars with the Customer Radar team, he promoted and showed how the customer feedback system worked to members right across the network. From there, Scott got his first round of sign-ups – members who were keen to put their customers at the heart of their own businesses.

Scott and the team started by handing out feedback cards, before upping the ante and using the simPRO software suite to push out feedback invitations. These days, an email goes out with the invoice attached. Triggered by the simPRO system, it means members (and Scott and the rest of the management team) can get feedback straight away. Scott’s team gets an alert every time someone isn’t happy and is able to deal with it, move on, and maintain that customer.

“We did try leaving cards with a link but responses were pretty slow – so we did it the automated way to increase the number of responses,” shares Scott. This switch to an automated system has already seen a huge increase in their response rate, with over 200 pieces of feedback coming in each month from the 27 members using the technology – and that number’s growing.

Of course, Scott wasn’t collecting feedback just for the sake of it – for him, feedback collection is just one of the tools in his arsenal; a tool to help create a great customer experience.

Making changes in a network environment like Laser Group can be challenging, but Scott’s already driven a real shift in the culture towards a more customer-centric approach. Asking for customer feedback has encouraged members to actively work on issues straight away rather than leaving them, and franchisees are loving getting to reward their staff for the great work they’ve been doing. “It gives our staff a boost to hear good comments all the time,” shares Scott.

So how does Scott know that his customer-centric approach is working? Well, with the average company having a Net Promoter Score (NPS) of under 50, Laser’s average score of 76-80 is looking pretty great. “I have a look at my dashboard on a daily basis, and it shows quite a good story.”

“Although we don’t enforce the use of Customer Radar, we’re certainly promoting it among our members – it’s a very good tool they should be using and we’ve had great feedback from our franchisees already, plus customers aren’t complaining on social media now.”

Now, Scott’s looking to the future for even more ways he can drive a customer-centric culture within Laser Group. “Having a business, you want to improve the value of the brand. By having good positive feedback, that certainly helps in adding value to your business, whether you’re selling a service or selling the business.”